The New Pornographers brilliant at the Brill Building 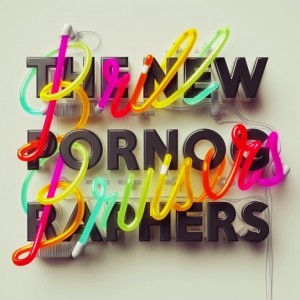 I’ve been listening to Brill Bruisers, the new album from (mostly) Canadian supergroup and like the title shortens, it’s really brilliant… they have the most perfect harmonies and they create just perfect, smart, listenable pop. It’s what pop music should be. Maybe it’s pop music for intelligent adults.

This is their sixth album now, and it continues their brilliant run of an album every few years now. All the members have their own projects (Pornographers was supposed to be a side-project that became just about their main thing) and I’ve enjoyed many of them as well (especially the work from Carl Newman and Neko Case) and this new album is no exception. You can’t go past the title track for quality, but the whole album is just being obsessively played by my over and over.

Anyway, entirely by accident while searching for info on the album I found they did a recent concert for NPR in the USA, performing in the famous Brill Building in New York. The Brill being the home of a lot of classic songwriters and record companies from the 1950s to the 1970s. As NPR describes it, a fitting location for a band that would have fit right in with those classic songwriters.

Watch the show for yourself:

Check out some samples of the new album tracks:

Published in music, video and writing