Being young at heart, nostalgic, or stunted with your musical taste? 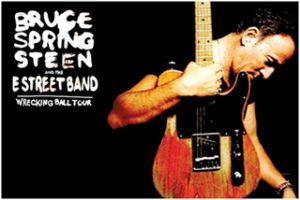 In a couple of months I’m going to see Bruce Springsteen in concert in Sydney. Sure, he’s and older artist, and sure, many of the fans will be vastly older than me (though I don’t think I’ll be the youngest fan there by any measure), but this is not nostalgia, or youth or anything else like that speaking. It’s just me being a music fan, and grabbing an opportunity I might never have again to see a legendary musician perform (missed the 2003 concert, which was a shame as I’ll never see Clarence “Big Man” Clemons now).

I pondered this as I pondered the musical tastes of many. For a lot of music fans, “staying young” or being “young at heart” means listening to the same music they listened to as a teenager for the rest of their adult lives. How else can you explain concerts like this one — Pseudo Echo? 1927? I don’t recall if they were particularly good at the time even, let alone 25 years later! But I won’t criticise people for going along with that (or the musicians for continuing to do their thing), but personally, I just don’t get it.

What I think, and what makes the most sense, is that “staying young” means keeping up with the newest music, staying current, looking for the new. And mind you, that doesn’t mean teen pop singles chart land either, because I will freely admit that the “mainstream” charting music isn’t what it used to be either. For an Australian, the simplest argument is “listen to Triple J”. Or local alternative like FBI, RRR and the like if you can get those. Or seek out the newest music online, on Rdio or Spotify. That’s what it’s about.

Which brings me back to Bruce Springsteen. Not “brand new”, I know, though I thought his newest album was great (another way to spot the difference — that concert above won’t feature a song less than 20 years old, I’d bet, whereas Springsteen, while no doubt playing his classics, has a new album of great material as well). The difference there is that Springsteen isn’t nostalgia for me — half his best early stuff came out before I was born, and the rest, including the Born in the USA album, was done before I was 10 years old and I remember almost none of it from the time.

When you reach back and discover stuff from before you were born or stuff that never touched you at a young age, it might as well be new music (it helps when it’s good too 🙂 ) That explains how I’ve got into artists like Talking Heads and Pink Floyd in more recent years, and oddly enough also explains how little I’ve listened to things like U2 and Dire Straits (two bands I really did like as a kid).

Again, I will say each to his own and all that, but you’ve got to reach out for the new. That can sometimes be from the past (check out Rdio — there’s a lot of classic stuff you can reach easily, things you’d never have been able to get with ease back in their original release days), but it is mostly new music from the present day. Listening to the new is how you really stay young.

Published in music and writing