Being thankful on Australia Day 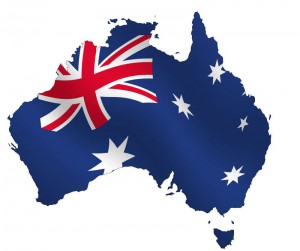 There’s a lot of talk about whether you should be proud of Australia on Australia Day, whether you’re bad if you don’t, whether your patriotism is blind, over the top, not good enough.

I’ll say right out that I’m glad to be Australian, live in Australian, have my family grow up in Australia. Not for the singular “love it or leave it” crap, not out of blind patriotism, and not out of any unique qualities either. There are very specific reasons I’m thankful for being Australian, and while they’re not all unique to being Australian, I like to think the complete package is very hard to find anywhere else.

– I’m thankful I live in a country where healthcare is cheap, available and non-discriminatory. A country where my son could get the best care in the world from some of the best people in the world, up to and including a kidney transplant. It wasn’t free, but it was downright affordable, and quality. Where the same procedures would have set us back six figures.

– I’m thankful we live in a basically safe country, where every second person on the street isn’t packing concealed handguns or wielding assault rifles for kicks. Where sensible gun laws mean that we haven’t had an insane massacre in 16 years, and the chances of coming to random harm on the street are damn low anyway.

– I’m thankful we live in a country where I could get a good public education for basically free, and my kids are now able to do the same. And despite the efforts of some, where our public education system is still excellent.

– I’m thankful we live in a country where there is enough space for all, where you can live and breathe and move in comfort and with so many options. A place we could invite a lot more people to, of course.

— I’m thankful we live in a country that has allowed me to try many jobs in many fields, and now has enabled me to live and work in the country, in a smaller town. In a job that exists because of a government program. (Sadly it’s probably ending this year, but it’s given me a start I’m confident of continuing here anyway).

— I’m thankful we live in a country where I can say what I like, when I like. Where freedom of speech many not be as entrenched in the law as we like, but it’s here anyway.

I know nothing is this simple of course, and that there are plenty of problems with Australia anyway (our relationship with and treatment of indigenous people being probably number one), and that opportunity isn’t equal — as a straight white male I know I have it good from the start — but I can only call it like I see it.

The point is that I love my country and my place in this country not because of any patriotism or blind zealotry, but because of very specific reasons that are almost entirely the result of specific choices people in this country made in the present and the past. We’re not the “best country in the world” by any stretch (is any?) but if you’re going to love it here, you might as well have a proper set of reasons to explain it.

Published in australia and writing