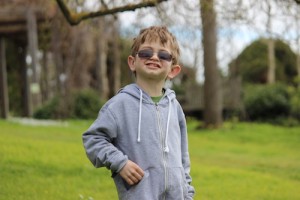 So it’s five weeks into 2017 and all I’ve done so far is work. No harm in that of course, five full weeks at the shop (except when I was sick that is around Australia Day) where the work was rarely particularly exciting, but at least it was there and it was solid and paid the bills.

But this week, my school work comes back and the kids are back to school. And isn’t that a set of serious milestones… my oldest off to high school and my youngest into primary school later in the week. No more kids not at school and the first at high school.

That’s the biggest milestone of all of course: Will is off to high school essentially exactly 30 years after I did. It’s a big thing for him and it’s a big thing for us. I don’t think I’ll even work out how big until I see it happen, and I’ll probably want to say a lot more after that. He’s even at the school I work at, which will be a new thing again… let’s see how that goes 🙂

But my little big guy, off to high school… after so much. It’s quite the occasion 🙂

Published in family and writing