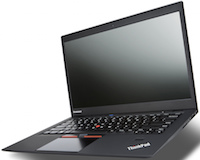 This is going to be a loaded question for many, and one that I admit upfront has a certain amount of self interest. But I’m not the party most affected by the currently woeful state of technology support in NSW public schools — that honour goes to teachers. It’s true that the department was thrown a gift horse in the form of federally funded TSOs in the DER program, then promptly decided to give that up as soon as the funding wasn’t gift-wrapped, but teachers are the ones who bear the day to day burden of dealing with the gap going forward.

And before I go any further with my argument, let me clear one other thing straight away. This is not a criticism of the regional IT support staff, or anyone who works directly in the existing support structure. You do a brilliant job, you do it with ever decreasing budgets and you do it to the very best of your abilities (and sometimes more so). This is a criticism of management: of politicians who won’t fund and bureaucrats who think that automatic solutions and endless teacher goodwill will always fix things going forward, despite the ever-increasing importance of IT in schools and the ever-increasing burdens in the work of teachers every day.

So the problem: schools are expected to deal with more and more technology in every day teaching (rightfully so) but are given little if any direct support to do this. “Train up!” teachers are told. “Learn on your own time!” is another common refrain. But then what? And what to do if anything goes wrong? It would appear it’s not just that teachers have to learn how to use every piece of worthy technology for their students and themselves, they have to know how to troubleshoot and repair it all as well. It’s almost never mind the questions of pedagogy that teachers really should focus on, if they have the time.

It’s no wonder that the results of technology in public schools are so haphazard and unevenly distributed — many teachers are brilliant at this role and brilliant with new technology, but these are the most devoted teachers most willing to spend increasingly large amounts of their spare time in this role. Too many teachers will not do this — for a variety of reasons. Either they’re unwilling to do it, cannot do it, or do not know how to do it. Either way this leaves the role of technology in public schools far too haphazard to be truly effective overall.

And how does DEC respond to this? By ignoring ready-made support in (at least) high schools and abandoning the progress already made. I know the cries — “no money”, “teachers should be trained anyway”, but really? Teachers should be trained in technology pedagogy and how to best use technology in their teaching but they shouldn’t (and usually won’t) be trained as technology support as well. And while there’s a certain quality to their ET4L solution, it’s still largely automated, without any direct human assistance, and it still deals with the “big issues” of infrastructure. It doesn’t deal with day to day issues and it doesn’t deal with the support that students and teachers need every day. 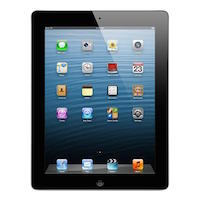 Now I know that some schools have gone out of their way to retain their TSO. And some schools like Dapto High (password: DP) or Merrylands High have published brilliant information on their technology programs and plans for the future (see links). But these are scattered efforts that say more about the unique and talented staff at those schools than it does about anything overall. These exceptions sadly prove that most of the rest of DEC does not have the foresight.

But most importantly, what the rest of DEC does not usually have is budget. There is no funding allocated or provided to allow for this. We give multi-million dollar contracts to large tech firms to provide equipment but we don’t think even remotely the same about the support required to keep this investments running on a day to day basis. Is it all just too hard?

I’ve worked for the last five years at an excellent medium-sized country high school. But they are losing out on budget as well. This term my hours have come down drastically to a level that is only just financially viable for me. And we’ve done what we can with budgets, but the money just isn’t there.

The Gonski funding arrangements probably would have helped with this, but it’s abundantly clear that without some major political changes this isn’t happening any time soon. Arguably this is what people voted for, and while I want to know what the hell is wrong with this country as a consequence, this sort of political musing is probably an argument for another piece.

My school is looking at BYOD now — another of the suggested DEC solutions. In some respects I am all for BYOD, and in others I do find it deeply unfair. We’re not a wealthy community at all and many children will have trouble paying for their own technology, and this will be the main issue for any school that could most benefit from this kind of program. I see BYOD as a way to augment the technology budgets that schools have — get the students who can pay for their own gear to pay for it, so your school budget can go further for the students that can’t pay for it. This should hopefully help with the equity situation, but there are still other issues there.

And quite simply, I laugh at people who insist that BYOD means you don’t need technical support. If anything, you need it more. As things go now, with standardised laptops some teachers will have a fighting chance of learning enough to support those, but if you extend BYOD to the many available device types, how can teachers manage this variety? Some like to assume that students can support themselves and each other and this will occasionally work also — but be unevenly distributed, again. Some areas will do well, some will flounder.

The only real solution 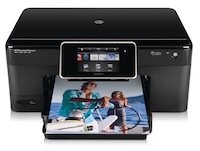 Really, the TSO model as it developed — and not, importantly, as it was first described — is the best solution. Skilled technology professionals that can manage the hardware fleet of a school while also assisting in classrooms with technology, fixing local issues as they arise, managing supplies and equipment, liaising with regional IT on big issues of infrastructure and management and outside suppliers on repairs and other issues, is a big job and a job worthy of having a specific person to solve it. Whether this takes place as a 1:1 school position or something more like a 1:4 person to schools ratio is an almost immaterial question because especially in regional and rural areas, someone onsite or very close to onsite will always be preferable to someone several hundred kilometres away that might get there eventually but will never be available to fix something in your class because that’s unmanageable and unaffordable.

But hey, there’s no money for it, right? Meanwhile, private schools are loading up on technology support, and technology advisors and other staff that augment the teacher role in working with technology. I mean, in the current climate, of course they are. It’s almost government endorsed now: private schools should have all the support staff they need while public schools must make do with nothing but teacher goodwill. You have to wonder where it all ends?

Earlier this year I saw a job advertisement for the Caterham School in England. Yes, a wealthy private school (or whatever the term is there — but at least they are solely privately funded) but one that obviously has thought a lot about this role. It’s long-filled now of course, but I saved the PDF describing the job and found it fascinating. It’s a combination of technology support and learning support, they called it a “Digital Learning Technician”. I’ve attached the PDF I saved here, just to give you an idea of what they aimed for.

This is an exciting time for technology in learning, but it’s a difficult time as well, at least if you’re in a public school. There are so many new tools, ways to communicate and ways to reach kids of many different levels. But are we all best placed to bring this to students? It does not appear to be the case. When will DEC and the various levels of government work out that just throwing in new tools and seeing what sticks will not work unless there is a real and comprehensive way of supporting and augmenting the teachers who deliver this.

And now I know the criticism will be “they did, with the TSO role, and they’re the only state that added that to their DER program”, but that is the past. What now? What will happen going forward? The failures here are not from one party, they are from multiple levels of government and bureaucracy and they’ve been happening in many ways for many years. There is not one single solution because there is not one single party to blame. But with more ideal funding, there would be more ideal solutions to support teachers and students to better use the technology they need in schools.