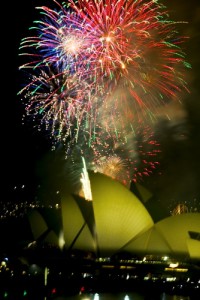 Must admit I am extremely proud and happy about this one. I only submitted for this competition at the literal last minute, after I found a courier in town that could ship to Melbourne overnight. But look where I am now…

After weeks of reading, discussing and reading some more, we have chosen a shortlist of five contenders for the 2010 Text Prize for Young Adult and Children’s Writing. We were really impressed with the high standard of entries this year, and look forward to the continued growth of the prize, now in its third year.

And the shortlisted titles are…

Congratulations to each of these authors! The winner will be announced at the Australian Booksellers’ Association Conference in Brisbane on July 12, and on the Text website later that day. The winning book will be published by Text in mid-2011.

It’s quite a big prize this one, and the rewards would be professionally and personally lucrative…. but at the same time it really is a great thing to be nominated (to borrow a cliche), and it really is something I can use to point to my writing progress in big and little ways.

Click through the link above for details on the other entries, but then here’s the details on my work I supplied, and the biography I supplied as well:

YOUTH BYTES
Five smart and talented teenagers are brought together by a software millionaire to start an online youth news service. They have no choice in the matter—they might be smart, but they’re also in big trouble with the law in various ways. But the teenagers discover real trouble when an Aboriginal girl brings them the case of a cop who might just have murdered her brother. With no one else to turn to, and their own problems to deal with as well, each member of the team needs to step up and show what they’re made of: break the story, expose a corrupt cop, and stay alive while doing it.

About the author: Stephen Turner has been a writer since he could read, and has worked in journalism and editing, but now works with computers at a local high school. From Sydney originally, he’s escaped the rat race and now lives with his wife and three children in Coonabarabran.

The winner is announced on July 12 at a booksellers’ conference in Brisbane, and believe me, even if I don’t win, I plan to make myself a winner in the long run from this anyway!

Published in goals, news and writing