Now this is cool: Netflix on Wii 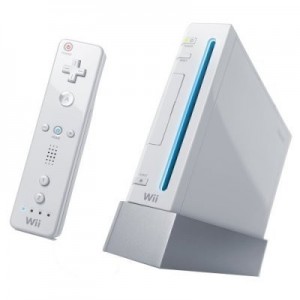 Not in Australia (yet), but I’m really hoping it’s only a matter of time before Netflix gets in on the act locally:

It’s a triple crown for Netflix. Beginning in the spring, the Wii will become the last of the three current video game consoles to get instant viewing of Netflix movies and TV shows over the Internet.

Wii owners who have a broadband connection and a Netflix subscription that costs at least $9 a month will be able to watch those programs with no extra charge.

Nintendo Co. and Netflix Inc., which wouldn’t give an exact launch date for the service, were set to announce the deal on Wednesday.

My take: They already have Netflix streaming on PS3 and Xbox over there, so it was only a matter of time before it got on the Wii. And the Wii is lower cost and has a far bigger install base, so this is big. But alas, no Netflix like service exists in Australia yet (and don’t say Bigpond movies: $10-20 a month to stream all you like? Not in Telstra’s lifetime), so we will wait a little longer I think.

But it’s rumoured that Netflix or someone similar will setup a real service of that nature here soon (all they really need are servers here, plus some rights issues), so it likely should happen soon. There’s a lot of rumours about the TV landscape changing here this year, so let’s keep watching…