Went for what was supposed to be a minor stop at Westfield Parra tonight, ended up getting quite a few things, though I expected all of them sort of.

Picked up another Wii game — this time, the new Mario Kart. It’s funny to see something that has such a strong history, yet I really don’t have any experience of it. But it’s got amazing reviews, it looks like a really fun game, and it’s the sort of all round thing we might be able to get Will into as well.

First look: It’s colourful, fun and full of action. It’s got a great sense of humour, lots of tracks to choose from, and I can see there’s heaps of variety in the tracks. Only did some time trials and one player games tonight, but there’s a tonne of multiplayer options as well (up to 4 locally, and more over network play). Internet options look good as well — in some ways I can’t get over the wonder that my games console now has a wireless connection.

Of course, in a few years time, most of the appliances in the house will be wirelessly linked up 🙂

Also picked up some new books — was very keen to get just one, but when the two I wanted both ended up having “3 for 2” stickers, I figured I might as well get one more and have enough reading for the next three months. 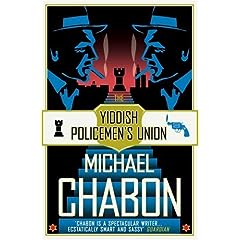 I picked up Michael Chabon’s “The Yiddish Detectives Union” which I’ve been wanting to read for ages now. It’s one of those literary “it’s not science fiction but it is” stories — it just won the Hugo Award a few weeks ago, so what else can it be? And it’s a crime and detective story as well, so it should be great. 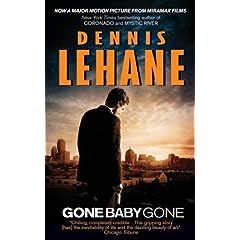 Also got Dennis Lehane’s “Gone Baby Gone”. Have read and liked his Mystic River and Shutter Island (both of which I read before the movies — well, Shutter Island is only just being made now). Again, Gone Baby Gone is only out here I think because of the movie. It will be good to see the movie, but even better to read the book first.

And for my bonus, I got Marcus Zusak’s “The Book Thief”. He’s a Sydney author, same age as me, and not very well known here. But this book has sold literally millions in the US — it’s almost a youthful “Schindler’s List” in its subject matter and intensity. So it should be a good, if tough read. And I’m keen to remind myself that competing local authors my age don’t begin and end with Matthew Reilly 🙂

Have known about Zusak for a little while almost entirely because of his age and success, but it doesn’t hurt to be slightly jealous about these things, especially if you eventually make it work in your favour …

On that same topic, a story today about another young(ish) bestselling author, Stephenie
Meyer, whose become a quiet megastar over the last few years. I like the fact that she’s really not terribly well known (outside her area I guess), but she’s sold over 5 million books anyway. I’d noticed her books while checking the YA shelves, but nothing there screamed “million seller”. She’s a superstar to her readers, and with the movie being made from her first book, I’d say she’ll only get more well known. It says a lot about the renaissance of YA fiction. She’s written her first “adult” book as it happens, which is interesting as well.

Oh well, all this success to emulate 🙂