The pull of Gravity 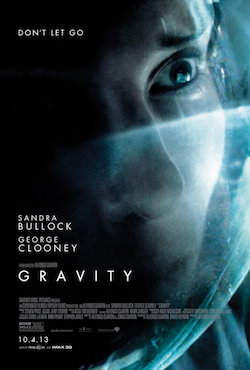 Down in Sydney for a few days for the yearly check-up — nearly 12 months on from last year’s adventures. Everything on that count went brilliantly, no visit for me until this time next year, no visit for Will until February.

Was able to see “Gravity” tonight — and was as impressed as most of the world seems to be. Brilliantly filmed, amazing effects, smart use of sound and brilliant music, and an amazing intense experience. Sandra Bullock is quietly believable in the role, and while George Clooney is being Clooney all the way, he serves his role well. Would love to hunt down the soundtrack — what I thought by the end might have been M83 actually turned out to be a British composer named Steven Price that I hadn’t heard of before. Definitely worth a separate listen (how is it not on Rdio?!?!) And I didn’t even mention the 3D — effective and naturalistic and definitely something that enhanced the story and the viewing experience (which you can’t always say!)

Got a few more things for the weekend, all fun now…

(The above is a plugin/widget thing that I haven’t even tried before, but since I just plugged the soundtrack to Gravity so glowingly I thought I’d give it a try :))

Published in movies and review