The difficult leap to BYOD 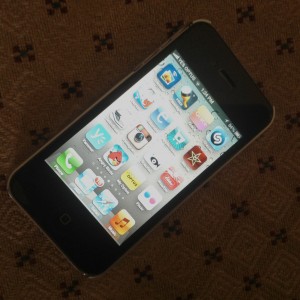 My own BYOD–Tool or distraction?

Had a great time at the Matron’s Ball in town last night (as you could see from the previous post), but there was an interesting revelation I had when I was out.

A lot of the teachers at my school were there as well, and unsurprisingly they all had phones out, taking pics, comparing pics, doing the Facebook and Twitter thing to swap stories and pics all night long. None of that is surprising.

What is surprising is I realised I’ve basically never seen any of them wielding a phone (or similar portable) at school, ever. There are many reasons for this, the primary one being it’s not in the teacher culture, but I realised this is the biggest hurdle to BYOD.

If young teachers, who are clearly tech savvy in their own lives, don’t/won’t/can’t/aren’t allowed to use their portable devices at school (I can’t decide which of those four options is the most likely, but they all contribute to the same end), then how likely are we to get students to do just that?

That is what BYOD is about — using the same tools you have in your regular life as part of your work and education life. I do it already — I’m constantly seen with my phone or iPad as I move around the school, but that’s partially just who I am, and also part of the nature of my job of working with technology. But if teachers aren’t doing it, will we convince them to, and also convince students to do it, and do it well?

Not for a second is this meant to be a criticism of teachers at all — I know there are many reasons why this split doesn’t happen (policy is one — when students are banned from mobile use, teachers are more likely to move away from it too), but I wonder what the best way will be to teach students how to better navigate this split?

I’ve seen it start to work in the media publications class I work with. Even though the school has somewhat of a “no mobiles” policy, we still make use of them in class (well, actually more iPads and Touches — the 3G external connection element is really the thing to avoid) for filming and music selection and other tools. It’s a technology and media-centred class, so this use makes sense, and we don’t get any students misusing them.

So as much as we talk about equity in BYOD programs, I think this work/play split will actually be a big barrier to overcome — a psychological barrier no doubt, but that can be harder to overcome than the purely practical barrier that equity represents (and that’s mostly about money/funding).

If you’ve got a functioning BYOD program going, how do you overcome that work/play split? What do you do to convince teachers and students (and their parents) of the usefulness of mobile tools for work and education?