The defense is way worse than the act now 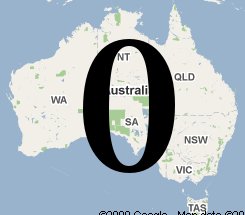 More on this Hey Hey It’s Saturday sketch… I’m over the sketch, it’s so clear that no one meant to be racist, even if it clearly was, and I believe the people who did it (even channel nine), were ignorant and dumb at the worst, not racist.

Now we’re seeing  new stories that polls declare it was all okay. But hey, 77% thought the way Howard treated the Tampa refugees in 2001 was okay too, and look what that said about us.

Don’t people fucking get it? I even read blog comments declaring Connick was somehow deficient his his reaction… give me a break. We’re going to attack him for taking offense at something he obviously had every reason to dislike? And this whole “but he did it too” defense, complete with 13 year old video is even worse: HE WAS NOT IN BLACK FACE, and that’s all there is to it. No one ever said you could never make any joke relating to black people, but black face humour is pathetic, dated and wrong.

And yes, politically correct… blah, blah, blah. STOP IT. The argument essentially goes “I can do anything and say anything I like because if you don’t like it you’re being politically correct and that’s bad now.” I’ll say it again: political correctness is a myth invented to justify being as obnoxious as you like and pre-emptively attacking anyone that would dare take offense.

Once again, this particular situation is almost irrelevant now. What this shows is just how screwy attitudes in this country are to race and racism. All it takes is something to bring it out (and I thought we’d ended that in November 2007).

Published in news, rant and television